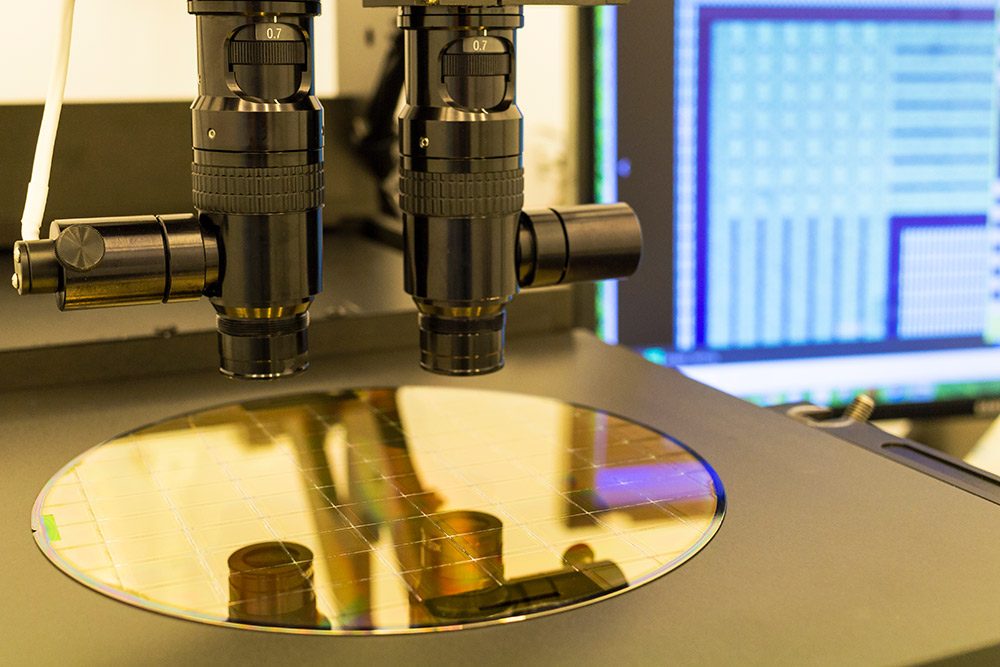 In principle, nobody wants them and yet – or precisely because of this – they are a major issue in the semiconductor industry: particles. In the production of wafers, much revolves around avoiding particles as far as possible because they can lead to problems and damage.

What exactly are particles?

In principle, particles are small particles. In the semiconductor industry, one speaks of particles in connection with the clean room and the contamination of the wafers. This refers to all small particles that are harmful to the circuitry, such as tiny dust particles, skin flakes and photoresist chips, or abrasion that occurs when valves are switched, but also foreign atoms such as heavy metals.

Wafers are flat, approximately 1 mm thin slices of a semiconductor material on which microchips are manufactured. According to Moore’s law the distance between the semiconductor tracks on a wafer must become smaller and smaller. From this point of view, it is understandable that even the smallest particles, like particles, can lead to problems in production.

The biggest problem that customers in the semiconductor industry often face is that, on the one hand, they don’t even know which of the components used emit particles, and on the other hand, they don’t know how many particles these are.

SMC customers have a clear advantage here: we can measure the particle output of our PFA-Valves in real time, i.e. when the valve is switched. This so-called particle performance shows how many particles a product releases during use. This works with an optical particle counter for liquids: A laser shines into the liquid – if the light is refracted by the laser, it means a particle has been detected. This knowledge of particle performance enables our customers to optimize their processes accordingly and increase their output.

You want to know more about particle performance measurement to optimize your processes accordingly? Contact us – our team will be happy to answer your questions.